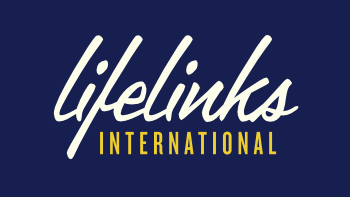 Love the Church, Live the Kingdom

Ask the average church attendee for a definition of church, and they will likely come up with a reasonable description – something like, a bunch of believers gathered to worship God, grow spiritually, and invite new people into their fellowship. Ask the same people for a definition of the Kingdom of God, and you will likely get some hesitant, halting, confusing response that trails off into, “I’m not sure…” How is it that we are more familiar with Church than the Kingdom? We who are called to seek the Kingdom first (Matthew 6:33) aren’t even clear about what it is. So what are we missing?

Jesus was very clear about the Kingdom. In the Gospels, he mentioned the Kingdom of God over 100 times. The church? Twice. Yet in our churches today, we are likely to hear much more about the church than the Kingdom. In my 36 years of serving as lead pastor, I am guilty as charged. But the last 15 years brought a new emphasis, largely due to some people and concepts that revolutionized my thinking.

Jesus consistently asked his followers, “You want to know what the Kingdom of God is like?” Then he told them. For example, “The kingdom of heaven is like treasure hidden in a field. When a man found it, he hid it again, and then in his joy went and sold all he had and bought that field.” (Matthew 13:44) This parable haunts me in a healthy way. The treasure is hidden – not obvious or apparent to all. But it can be found. And if you find it – really find it – you will be so overjoyed that you will sacrifice anything for it. Is the average church attendee that thrilled about the Kingdom? Again, what are we missing?

My friend Ron Klaus (pastor and rocket scientist – really) came up with my favorite definition of the Kingdom: “The Kingdom of God is a movement in history through which God is working to bring people, families, churches and all institutions of society under the loving lordship of Jesus Christ.” During Jesus ministry on earth, the common people flocked to him, finding refuge, salvation, and purpose under his lordship. The religious establishment rejected him because he threatened their man-made kingdom. If we lay down our own kingdoms, we will find his kingdom irresistible.

Jesus’ many references to the Kingdom and few references to the church seem to say to us, “If you get the Kingdom right, you will get the church right.” I love the church, but I live for the Kingdom. If the church becomes the mission, it is consumed with itself, fails to see beyond its own programs, promotes privatized Christianity, and becomes irrelevant and boring in the midst of millions of the winnable. If the Kingdom becomes the mission, the church is always working on ways to extend Jesus’ lordship in us and in our world. Bill Hybels said, “The church is the only institution on earth that stewards the only message that can change the world.” That message is the Gospel of the Kingdom. (Matthew 24:14)